„As far as we’re concerned, zombies don’t run!” – interview with Howard J. Ford, the co-director of „The Dead” 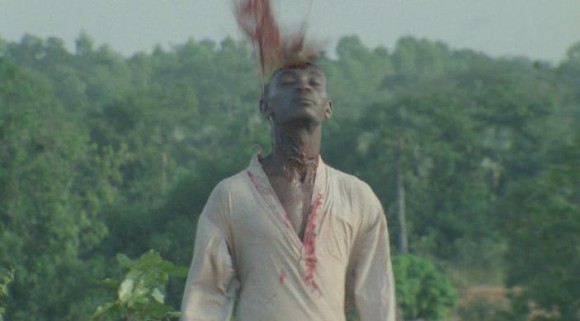 Zombies are still „alive”. Well… at least in movie industry. This time we’re taking the trip to Africa where undead plague takes a heavy toll in „The Dead”. The movie is directed by Ford Brothers, Howard and Jonathan. Personally I have to say that as a fan of zombie movies I can’t wait for this one! Here’s the interview with one of the brothers, Howard J. Ford.

Tell us something about the origin of the idea of „The Dead”.

We both watched Romero’s original ‘Dawn of the Dead’ at a very young age which left an indelible mark on us – from that moment onwards we knew we had to make a zombie movie – we just didn’t think it would take 20 years until we could actually shoot it! Jon put pen to paper on this in the late 1980’s and had been chipping away at it for all this time. Every few months he would mention that ultimate zombie we wanted to make. He didn’t seem interested in anything else, but we had managed to build a good career in television commercials.

The moment came during a particularly artistically painful shoot for a well known brand of nappies – we felt dirty – then Jon mentioned it one more time and that was it, the fire was lit. we would sacrifice our entire careers to make the zombie that we always wanted to see…

Why did you decide to set „The Dead” in Africa? Personally I can’t recall any other „African” zombie flick… Maybe that’s the reason? Because no one tried it yet?

We wanted to bestow upon this film, something audience had never seen before, by setting it in Africa. It was a film about survival, so setting it in a land where everyday life is about survival. This has given the movie a deeper meaning and steeped it in an ancient culture full of spirituality and mysticism. 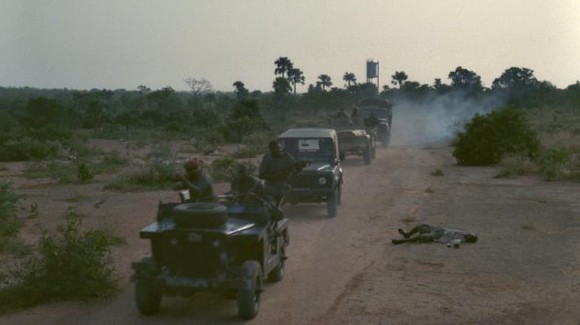 As I see in the trailer your zombies are slow and a bit clumsy. Oldschool like in classic Romero movies. Did you for at least a minute consider „using” fast like hell, modern era zombies like in „Dawn of the Dead” remake by Zack Snyder or „28” series?

No, absolutely not. We never for one moment considered using the fast moving type. We felt, stretching your disbelief that the dead are coming back to life is taking things far enough. Dead bodies actually running around like Olympic sprinters seems ridiculous. In our opinion running zombies are not true zombies at all. Also, when you are shooting running zombies, the scene is forced to become an action scene and you loose suspense which is the more powerful tool.  Don’t get us wrong, we loved the new ‘Dawn of the Dead’ and also ’28 Days later’ but  as far as we’re concerned, zombies don’t run!

Africa is the continent of poverty, famine, tribal wars. Is there a room for any social comment about what’s going on there in „The Dead”?

Great question. You’re absolutely right to pick up on this. With questions of over-population, shortages of food, disease etc and also the ‘news reel’ images were used to seeing, grounds the film in a harsh reality that audiences will hopefully be able to relate to. It also makes the film more poignant and all the more harrowing for that very reason. I think the audiences will be quite surprised that a film of this genre reaches the depths that it does. At least this is our hope…

The trailer reminds me a bit of exotic Italian zombie horrors like Fulci’s „Zombie Flesh Eaters” for example. Were you inspired in any way by this Italian fraction of the genre?

Most definitely. We’re also big Fulci fans. In fact out of all the zombie films that have been made ‘Zombie Flesh Eaters’ had more of the aesthetic that we were aiming for – not so much the look of the zombies but the environment and atmosphere. 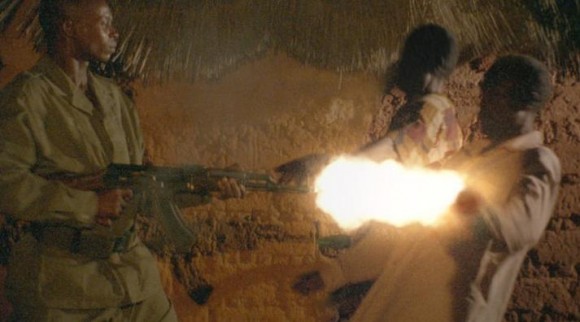 In your opinion, what is the source of such popularity of zombie horrors in the last decade?

In a strange way, even though we don’t really consider ’28 days later’ a true zombie film, it kind of kick started the genre back to life – excuse the pun! The frustrating thing was that we’d been wanting to make a zombie film for so long but in the past if you even mentioned the concept of zombies they laughed you out of the room. Sadly it took the commercial success of a few others to show that there was still a big fan base if the film was good enough.

This film has been made from the heart and is not a commercial cash-in.

Any plans for the future?

Definitely. We’ve got a lot more to offer the film world besides ‘The Dead’. Of course, its all hinging on how this one goes but our aim is to make films that are first and foremost, entertaining, but also  can be enjoyed by an audience who like to explore subject matters with a deeper meaning.

I wish you that. Thank you for the interview.