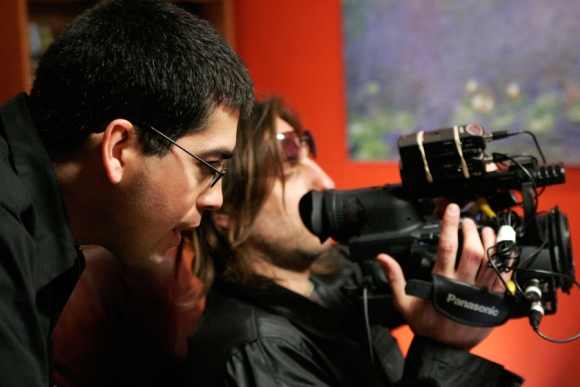 We invite you to read an interview with Rodrigo Gudiño, the publisher of „Rue Morgue Magazine” but also the director of „Cut Throats Nine” – the upcoming remake  of a dark and brutal Spanish western from 1972. There is going to be a stellar cast in Rodrigo’s version – Harvey Keitel, Mads Mikkelsen, Roy Dupuis… enough said.

Here’s the plot of the original „Cut Throats Nine” (via imdb.com):

A wagon load of convicts on their way to prison is being escorted through the mountains by a cavalry troop. They are attacked by a bandit gang, and only a sergeant, his beautiful young daughter and an assortment of seven sadistic, murderous prisoners survive, and they are left without horses or a wagon. The sergeant must find a way to get his prisoners to their destination while protecting his daughter, watching out for the still pursuing bandits and trying to determine which one of the prisoners was the man who raped and murdered his wife.

My first question is… why „Cut Throats Nine„? Can you tell us a few words about the Marchent’s movie and what motivated you to choose exactly this flick to make a remake?

Why „Cut Throats Nine”? Because it has an amazing story at its core and yet it is a movie that is far from perfect. I always referred to it as a tarnished gem. When I first saw the original I also saw a lot of potential to expand on themes that I thought were bigger than a cult movie, themes having to do with human evil and violence. I guess I see the remake as an opportunity to make a bigger, more intense film out of the source material.

Will it be a strict remake of the 1972 original or would you rather prefer Quentin Tarantino’s „Inglourious Basterds” attitude – to take the title, a few elements of the story, but to do most things in a completely different (your own) way?

It will be more of a remake as my film follows the plotline of the original quite closely. That said the characters have been completely reinvented as has the dialogue, backstory and violent set pieces. My philosophy going into this remake is to fix the things that need fixing and leave the rest alone. 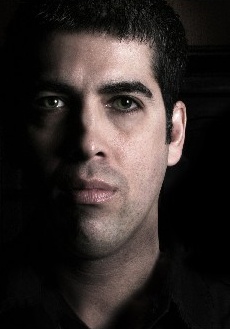 How did you get in touch with such charismatic actors like Harvey Keitel or Mads Mikkelsen? Did you know them before the whole „Cut Throats Nine” idea was born?

No I did not know them personally. Mads was the first to really like the script and once he became interested it was easier to get to Harvey. But I have to say that both of them came on board pretty much because of the script. I had decided early on to cast faces for the movie, and both Mads and Harvey have very intense faces.

With such a cast and such a story… It would be a cardinal sin to spoil that with teenage, PG-13 attitude, don’t you think? I assume that „Cut Throats Nine” will be bloody/badass/uncompromising movie. Am I right?

Do you have any idea when can we expect the premiere of „Cut Throats Nine”?

If all goes as planned I expect a premiere by the fall or winter of 2010. But things seldom go as planned so we’ll see. 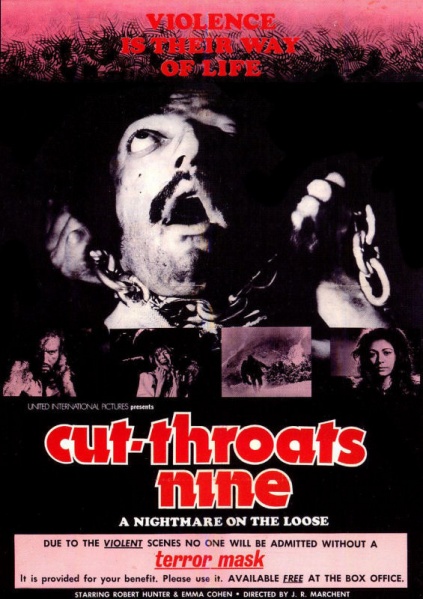 Could you tell us about your first-born child, „Rue Morgue Magazine”? Has there been any particular moment in the 12 years of Rue Morgue history which you’re especially proud of?

Geez, that’s a good question. There are a lot of memories over the past 12 years; being told by John Carpenter, George Romero and Tobe Hooper how much they respected Rue Morgue, going shopping with The Cramps in LA, having Clive Barker paint something for the magazine, being embraced by the horror community around the world, making movies… It’s all been great, really.

Back in those days, in 1997… did you ever imagine that your little magazine will become one of the biggest horror-oriented magazines in the world?

I never really thought about it to be honest with you. I was working too hard to notice even when it did happen!

What’s your opinion on the condition of today’s American horror? Don’t you think it’s slowly dying these days?

American horror is probably the least interesting it has been in a long while. Really the kind of horror films coming out of America are not up to the standards being put out in Europe, particularly France and Spain. There are exceptions of   course, and I would count „Trick R Treat” and „Paranormal Activity” as two American films that stood out in 2009.

„Taxidermia”. It was made in 2007 but just came out this year. It’s brilliant, grotesque… and beautiful.

Thank you Rodrigo for this interview.