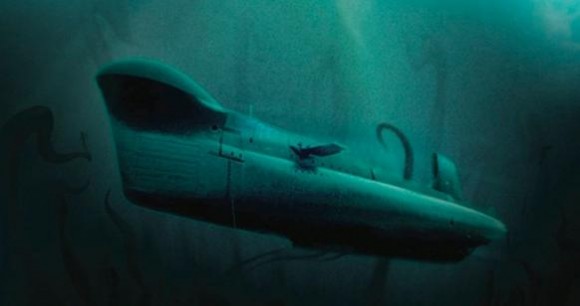 Movies based on the lovecraftian mythology are always welcomed. At least by me. I’m pretty aware though that most of these movies which have not been impressive (mildly speaking). There were exceptions, of course (Stuart Gordon’s „Dagon” for example), but still… Anyway, another attempt is taken by a young Italian director Giacomo Cimini who puts his characters on a submarine during the Cold War. But it’s not Russians who are the greatest threat. It’s The Great Old One Cthulhu who knocks at the submarine door (ok, for now that’s just my imagination). We invite you to read an interview with Giacomo.

First of all, could you present your previous movie works?

I directed my first feature film, the micro-budget horror RED RIDING HOOD in 2003, when I was 25. It was at the same time a stressful and the best film/school/crash course ever. Then I went on directing the TV series DELITTI for Fox Italy. Then I left Italy and I decided to go back to school. I recently completed an MA in Filmmaking at the London Film School. The latest short film, directed and produced by me, LA CITTA’ NEL CIELO (City in the sky, 2009) was premiered at the 66th Venice Film Festival and in few weeks it will be released on iTunes.

Although it isn’t mentioned anywhere in the trailer, the references to HPL Lovecraft’s works are quite noticeable. Will there be any references to the Cthulhu mythology in BLEAK SEA, or is it just a way to create a certain mood?

I read Lovecraft when I was a teenager (and played the RPG based on „Call of Cthulhu”) and it’s of course part of my „imagnarium”, but I cannot say too much at this stage. Let’s say I’m trying to have a more scientific approach. And the question I’m asking myself is: what was really Lovecraft writing about?

Do you have any favourite Lovecraft movie adaptations? Don’t you have an impression that although there were a couple of more or less succesful Lovecraft based movies, no one has yet made any flick which Lovecraft could be proud of?

I think the best things seen so far are the ones which were inspired by his body of work more than directly adapted.

The claustrophobic mood in the trailer is really perceptible. Where did you shoot the movie? I suppose it wasn’t on a real submarine. Or was it?:)

Yes it was. A real HMS class Oberon. I shot inside the HMS „Ocelot” docked at the Royal Navy Museum in Chatham (UK). We had to crazily shoot while the „museum” was closed.
It was incredible, especially for the actors being able to interact with a real environment.

Do you know David Twohy’s BELOW? What’s your opinion about that film? What’s your favourite „submarine” movie?

Yes, I know the movie quite well cause it’s the one that years ago (among watching 20.000 LEAGUES UNDER THE SEA when I was 6) that trigged the primordial idea for BLEAK SEA… or to say better, I was inspired by all the elements that I missed in that film:  while I was watching it I was desperately hoping for the presence of a sea creature… the revelation and twist in the end , let me say, i was a bit disappointing and too predictable. Being a fan of Twohy and Aronofsky  it seemed to me ( this was just a viewer perception) that the movie had a lot of issues during the production and the result wasn’t something the filmmakers were really aiming for…

Favourite movie about submarines is of course DAS BOOT… and on some extent I would say… ALIEN ;)

You used Friedrich Nietzsche quote in the trailer. Does it have any deeper message or did you use it just to intensify the atmosphere?

It does have a message and it’s related to the story… again I don’t want to say too much. Nietzsche and Lovecraft deeply and brilliantly investigate the fear and the nihilistic force of nature. They have been also misinterpreted through the course of the years and – especially for Nietzsche – massively and horrendously distorted.

The movie is set in the 60’s, that was a decade of fear very similar to the one we live in now, but people at that time were also much more „innocent” relatively to the way the world works. 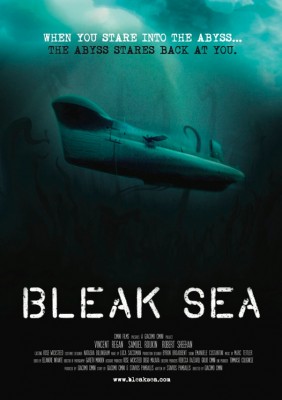 I think that the best days of Italian horror are long time gone. The best directors are either dead or they have forgotten how to make good and scary movies. What’s your opinion? Are there any young Italian artists which could bring back the days of glory of the Italian horror?

I think that time is gone. The body of horror movies from the 70’s were a side effect of an industry that was flourishing: from art house masterpieces to spaghetti westerns. Once the industry collapsed, all the Italian cinema, as it was known, followed and changed in something very different. The formulas of the Giallo or the spaghetti western started to repeat themselves and progressively degenerated. The „lesson” had been learn much better by foreign directors across the world (Raimi, Burton, Woo, Tarantino) that manage to create amazing movies years later.

Now the situation is not very good and mostly uncertain. There have been flashes here and then, but most of them are derivative products. They sometimes lack the originality and essentially the amazing technical and artistic skills of the originals (Vittorio Storaro, Tonino delli Colli, Ennio Morricone…).

I know tomorrow you’re going to Cannes [The interview was made on 13th of May – Stark]. Is this visit connected with promoting BLEAK SEA?

Yes it is.  The 17th of May, in the UK Film Centre I will have to „pitch” the project in an event organized by the Trailermade competition (the one I won in January, www.trailermade.tv). And I hope to find there producers, financiers and agents interested in it.

Are you interested in this year’s Cannes competition? Who do you think will win?

I’m a bit disappointed that Terrence Malick renounced to present his movie there… it was for months the real highlight of the festival, but I’m sure I will see amazing films anyway, especially having also access to the market. Last year UN PROPHETE became one of my favourite movie ever.

I’m really looking forward to see BIUTIFUL by Gonzalez Inarritu, Kitano’s going back to Yakuza themes with OUTRAGE, the strange change of lines of Doug Liman with FAIR GAME, the new Rachid Bouchareb’s OUTSIDE THE LAW, the new Mike Leigh and so on… It will be a feast.

Thank you Giacomo for the interview.