In Switzerland no one can hear you scream – An interview with Ivan Engler, director of „Cargo”

A few months ago I wouldn’t even assume that one of the most expected movies of this year would be shot in Switzerland. „Cargo” is a science-fiction movie which is even more surprising. We present an interview with Ivan Engler, the boss of the whole project.

First of all I’d like you to present your previous movie activities. As far as I know (concluding from your websites), you’re also interested in „modern visual art”, aren’t you?

I went to film school and I finished it in the year 2000. After this I started to do a lot of commercials, mainly for European car companies. I did some videoclips and I worked as a VJ, so I also prepared many visuals for parties.

When did you find out that you’d like to try yourself in a movie business?

I felt that just after the film school I wasn’t ready yet. First I wanted to check if directing commercials would be something good for me. But I always knew that my real passion are feature films. Now I’m still doing commercials from time to time, and I like it very much but my heart lies with science fiction and fantasy films.

After reading the synopsis of CARGO connotations with ALIEN come to mind very easily. Are such associations justified or will CARGO be a rather different movie (in plot, in atmosphere etc.) than Ridley Scott’s classic?

I’ve seen a lot of science fiction movies and I wanted to include certain references to movies that I really love. I didn’t want to copy but to do something for people who know such movies well and would understand what and where these references are.

Yeah, exactly. But very subliminal, on a very low-key level. If you know sci-fi movies well, you’ll understand. I try to play with the audience, because at the beginning the audience’s expectation is that if we have a woman alone on a spaceship and she hears something… So it must be a monster, right? Of course I won’t tell you what she will really find. That’s the main catch of this movie. It has a lot of twists. And whenever you think you know what’s going on, some new information comes and again you know nothing.

How many characters will there be in the movie?

It’s seven people in the crew. It’s kind of a psychological experiment – what would happen if seven people were alone together for such a long time.

I have to admit I don’t know that novel. I have read a lot of novels and short stories. There is one short story by Michael Moorcock which inspired me a lot. I don’t remember the title, it’s about a family travelling for years in search of a new solar system. Just one guy is awake, and the longer he’s awake, he starts to imagine that his companions are also awake. But it’s only his imagination, because he’s so lonely.

Could you tell me about your other favourite writers?

Yes I know it, and I even own it, but I haven’t read it yet. I’d like to, but making CARGO takes so much time, that I really have no time to read  any books at the moment.  So now there are about 20 new books in my library waiting to be read. 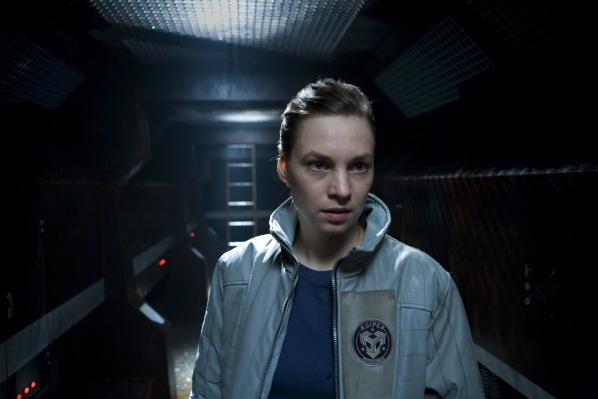 I’d like to ask you about financing of CARGO and movies in general in Switzerland. What does it look like in your country? Is CARGO financed from public money or maybe you have some private sponsors…?

It was pretty difficult, because it was my first feature film, so people didn’t trust me at the beginning. When they read the script, they often said: „Well, it’s a nice script, but we don’t believe you’re able to do it.” It needed a lot of preparation work to show people that I can really manage. The other thing is that we started financing in 2000 already, but the difficulties started after 9/11. We couldn’t get any financing anymore. We had to wait nearly two years until we could start financing again. Then we tried international financing, but it didn’t work out. It was way too complicated – the contracts contained over 80 pages! So we decided to make a third attempt and do it entirely in Switzerland, but with a much lower budget. We were able to organize about 2  million swiss francs (=1.6 mio USD). This is pretty much „nothing” for the kind of movie we made! For example: I work for free until now. So I’m broke [laughs]

So the script is that old? Did you write it 9 years ago?

The idea is 9 years old, but I re-wrote the script about 20 times. No kidding, I have completed more than 8 entirely different versions of the script. And all was dependent on financing. The very first version was very dark and brutal. The second one was very psychological, kind of „who is who”, and the one we were finally doing in Switzerland is very commercial, for broad audience. We had to do this, because otherwise we couldn’t get the money. These first two versions would never get the money in Switzerland. No way.

We’ve read that the interior of KASSANDRA shown in the movie makes quite an impression. Regarding the budget, what was the most difficult part in creating all of this futuristic visuals?

From the sets we’ve built or the CGI?

The most difficult one was the cryo-chamber. Where people were in deep, frozen sleep. It’s kind of a huge bathtub which we had to built and later fill with liquid. We tested a lot of liquids. How will they work etc. Some liquids we tested were problematic for the skin, other ones you could use only for one day, because the next day they started to degenerate. The set also wasn’t easy to build because there was plenty of water and electricity on the set, and the whole construction was extremely heavy. There were six tanks and each tank contained about 300 liters.

There are two huge space stations appearing in the movie. One station from where they start and one where they arrive. And both stations are very, very tricky to handle in CGI. How many polygons are in the project files, how many gigabytes of RAM will the textures use up, so our render farm is still capable of renedring the frames, what is the render time for a single frame etc. were questions and problems we had to solve. For our minimal budget, we went definitely to the very limits of what is feasible, and I must admit I am quite proud of what we have accomplished.

What are the proportions between CGI and „real” footage? 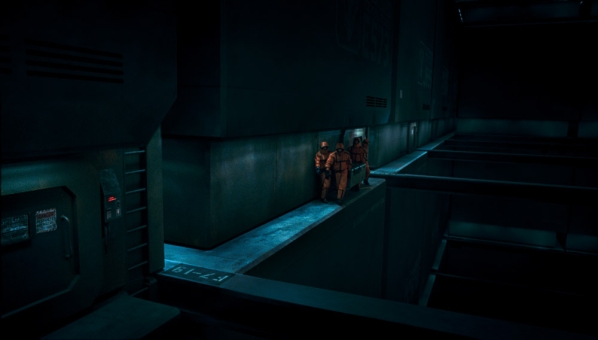 Europe was never keen on sci-fi. Only Brits, sometimes French folks made any significant movies, but in general United States is a Mecca for this genre. Do you think we can expect a breakthrough in the nearest future?

To be very frank, I don’t think so. CARGO was a special project, done with lots and lots of heartblood, sweat and tears. Some people believed in us, but others definitely made things harder then they should have been. Although in the end I can say that many good circumstances came together, and it worked out all good. But I don’t know if these circumstances would emerge again soon. And I am a bit tired of fighting a certain mindset that I have encountered often here in Switzerland – a mindset that is rather negative and consists of small-scale thinking. I am so much the opposite way.

Yeah, definitely. It’s very difficult to do a sci-fi movie in Europe. We will see. Personally I’m doing this movie to get a chance in Hollywood.

Will CARGO be distributed outside German-speaking countries? Do you have any information if anyone would be interested in distributing CARGO in the Eastern Europe, Poland perhaps? Or is it too early to talk about it?

Definitely. It’s too early to talk about that but yes, we plan to go worldwide with CARGO. 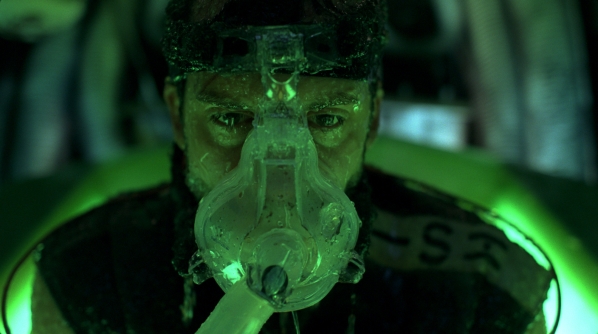 Are there any particular sci-fi (and not only sci-fi) movies you’re waiting for this year?

Of course I’m intrested in PANDORUM [laughs]. The beginning of the story is very similar to CARGO. I want to see the new TERMINATOR. I also haven’t seen the new STAR TREK yet, because I didn’t have time.

I’ve seen a long preview. Yes, I want to see it. It seems quite interesting. Personally I’m not sure whether it will be more psychological movie, like SOLARIS, or more like a thriller. I can’t say much after the trailer.

What do you think about all these remakes/sequels/reboots etc. etc.?

I think it’s not very creative. People should have new ideas, and they should not just warm up old ones again and again.

Good summary. I wish you and other young European and Asian filmmakers to go to USA and do a small revolution there. American movie industry definitely needs it.

I can tell you a little secret – the chances that I’ll go there look pretty good.

Congratulations then. We wish you very good luck there. Thank you for the interview.