Is there a ghost in this machine? – An interview with Matt Osterman, director of „Phasma Ex Machina”

PHASMA EX MACHINA is the upcoming science-fiction movie, which  – according to its makers – is going to be a scientific approach to a paranormal subject. Such reccomendation is good enough for me. Matt Osterman, the director of PHASMA EX MACHINA agreed to answer a couple of questions for us.

I’ve always been fascinated by the supernatural and I also love science, so I guess it was only a matter of time before my brain decided to cross wires and combine the two.   The question of “what happens to us after we die” is one of humanity’s biggest mysteries and it’s an area I felt like I wanted to explore.   If you assume the supernatural does exist, why does it have to follow a separate set of rules than the rest of the universe?  For the most part, movies and media have treated paranormal science as either cartoonish or crazy.  I wanted to make something that took a different angle.  An honest angle that took it seriously, perhaps.

Which parts of the whole production were the most difficult to accomplish so far?

I honestly have no big complaints about the production.  I could whine about how we didn’t have enough money or not enough time, but I had a fun and talented team working with me that ensured everything ran smoothly and we worked within the limits of what we could control.  With that said, the amount of work that goes into a project of this scope is truly astounding.  I now have 3 years of work wrapped up in this film and I’m very ready to give birth to this giant film baby.  It’s ready to come out.  Let’s hope it’s healthy.  ;)

Could you tell us more about working with our countryman Wojciech Golczewski? How did you team up?

Working with Wojciech has been amazing.  He’s a very talented guy and I feel very lucky that he’s on this project.  To be honest, I’m not actually sure how he heard about the movie.  I should ask him.  We released a trailer online a few months back and we got a lot of attention because of it.  I’m guessing he saw the trailer on your website and contacted us because it looked interesting.  We happened to be looking for a composer at that moment, so the timing was very fortunate.  I looked at some of his video game work and was blown away.  I think people will be very impressed with his music on this project.  I am. 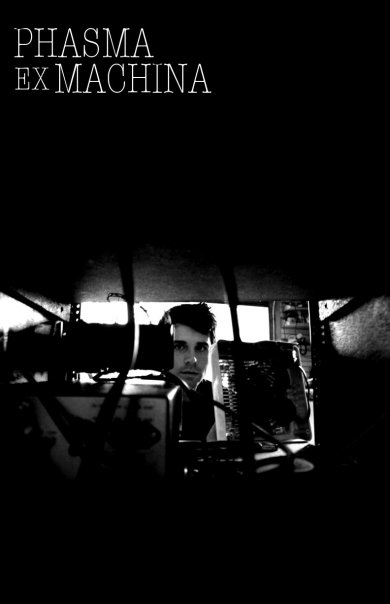 Does the PHASMA EX MACHINA story have any reflection in your own convictions? Do you believe that there is something highly spiritual/metaphysical in high technology?

Absolutely, but maybe in a different way. I read a great quote the other day.  It was something like, “humans are a clever bunch, but our cleverness is far outstripping our intelligence.”  I took this to mean that humanity has the ability to create world-changing technology, yet we may be too stupid to understand the implications of doing so.  Sometimes the cure is worse than the disease.  As an example, the main character in the movie, Cody, creates this device to make up for his past mistakes.  In his attempt to create the machine, he neglects the people around him and ultimately makes his situation even worse.
We live in an interesting world that is going to be increasingly so in the coming decades.  A really smart guy named Ray Kurzweil predicts that computers will outperform human intelligence as early as 2050.  Once computers are allowed to improve their own source code, all bets are off.  I don’t want to get too philosophical, but the lines between technology and spirituality are beginning to blur.  At some point, science may indeed be the key that answers all our big questions about life, death, and god.

What kind of reaction of audience would you like to cause with PHASMA EX MACHINA? Do you want to scare us? Make us think about something? Or just give us some intelligent fun?

Good question and a tough one to answer.   I’m not sure I’m bold enough to predict how the audience will react to the film, but I do hope that it creates conversations after the fact.  Ultimately, that’s the best I can hope for.

How do you see the future of sci-fi genre?

That’s the coolest thing about the sci-fi genre – it’s unpredictable.  Sci-fi has always been a lens to which we view the human condition, but thankfully culture has a way of changing just as fast as technology.   I think we’re going to see an explosion of daring smart sci-fi films in the next couple of years.  The barriers to entry (in terms of production) are falling dramatically and this will allow smart people to make interesting movies without a gigantic profit motive.  Of course, we’ll also see a ton of mediocre films because of this, but I’m not sure having more films is a problem we need to worry about.  Just because paint is cheap, doesn’t mean we see Van Gogh’s everywhere. 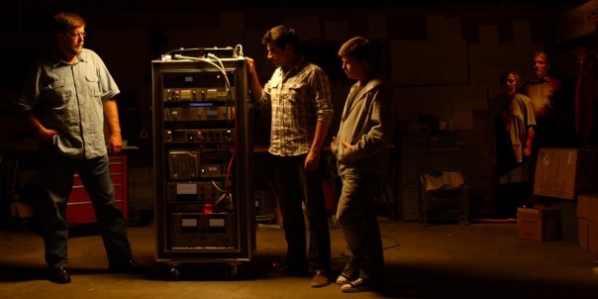 Could you recommend any good movies you’ve seen lately? Is there any particular movie you’re waiting for this year?

I am so completely excited to see THE ROAD.  I’m upset they kept delaying it.  Sadly, making a movie doesn’t leave you much time to watch them anymore.  I’m also jazzed to see PUBLIC ENEMIES.  Much of it was filmed near my birthplace in the state Wisconsin and I want to see it on screen.  One of my favorite movies that came out a few years ago and I keep recommending to people is THE ASSASSINATION OF JESSE JAMES BY THE COWARD ROBERT FORD.  It’s truly stunning cinema.  Everybody should also see LET THE RIGHT ONE IN.  A very good example of a smart art-house genre movie.

Ok, now time for some real sci-fi: Let’s assume that PHASMA EX MACHINA will be a great success (also commercial) and…hmm… let’s say Fox will make you an offer to direct a sci-fi or fantasy blockbuster with big budget, Robert Pattison and Megan Fox. Would you accept such offer or prefer to stay far away from mainstream?

Do I get a share of the profits?
Just kidding…

I really don’t have much interest in making huge CGI spectacles.  I’m a total geek and enjoy them in the theatre, but I don’t think I’m the person for that job.  With that said, working within the Hollywood system can have it’s benefits, so there may be a middle ground that I could work in.  The bottom line is that there are stories I want to tell and I’ll continue to do so whether I have a thousands or millions of dollars to work with.