Sean Bean as  Ulric, a medieval knight and Carice van Houten as Langiva, a necromancer in a horror about bringing the dead back to life during bubonic plague in medieval England. This sounds absolutely thrilling, doesn’t it? Christopher Smith, the director of „Black Death” sheds some light on the project. Personally, I can’t wait!

Necromancers, raising the dead etc… but apart from these fantastic elements does the „Black Death” story have any reference to any actual events that took place in these „dark medieval times” or do you use medieval background to tell us a completely fictional story?

My starting point with „Black Death” was to think „what story can be more interesting than the period itself?”  So I was very keen from the outset to keep „Black Death” as realistic and factual as possible, while still delivering an exciting and dark movie. I wanted to present a movie world where you would think that maybe this is what it was really like. The people believed the plague was sent either by God to punish them or by the devil to torment them. With no cure, fear had whipped the population into a frenzy.

So against this backdrop we send a group of knights and a fallen monk on a quest to see why a village has been spared the plague. Sean Bean’s character, Ulric, believes the plague is sent by God and thus if the village has no plague, then it must also be without God.

As far as I know this is the first movie you didn’t write the script for. What was so seducing in Dario Poloni’s script that you decided to take part in this „Black Death” project?

I thought Dario had written a really good script that felt authentic to the period, or at least to my perception of the period, and it was also just a terrific idea. Also the subtext of witch hunts and the propagation of fear to the masses felt very relevant today. Although I didn’t write the script I worked closely with Dario to steer the movie toward a more realistic telling of the story. I wanted to move away from fantasy and deal with how this story would exist if everything you hear and are told was actually possible. How would Necromancer’s exist in the real world and what would be their purpose? 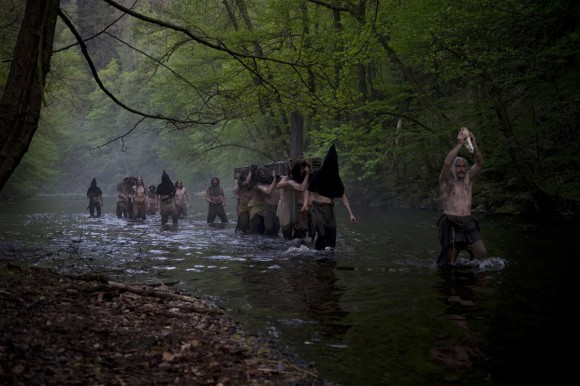 It is also the first movie where the plot is not set in the present times. Did you feel bored by all these „here & now” moods? Do you have any favourite „medieval” movie?

I don’t feel bored by the here and now, in fact I spent my entire time on this film trying to make the film feel as relevant to the present day as possible.

My favourite movies of that period or thereabouts are „Aguirre: Wrath of God”, „The Seventh Seal” and „The Name of the Rose”. Other influences on this film although not the same period were „Witchfinder General” and „The Crucible”. They deal with people and/or systems that justify killing in the name of God.

How important are the supernatural threads in the story? Are they crucial for the plot or are they kind of a supplement for the whole story?

The supernatural elements are crucial to the film because it takes us into the mindset of the characters. We believe what they believe and therefore we are drawn deeper into their quest. Although the film takes its subject matter seriously, it also needs to be entertaining. The supernatural thread gives us the hook by which the action and the horror of the piece can play out. 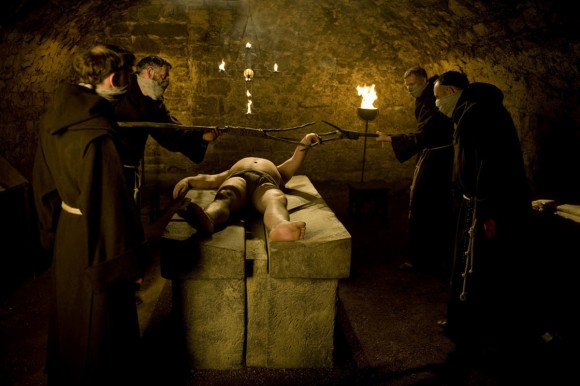 I’ve read one review of „Black Death” so far. It seems that we can expect something really dark, eerie and horrifying. Are you satisfied with what you’ve achieved in this aspect of „Black Death”? Will I leave the cinema mentally devastated by the movie?

„Black Death” is without doubt my darkest film and I am very proud with what we achieved in the film. I like movies, and indeed do my best to make movies, that twist the audience up as much as possible. This is certainly the case with „Black Death”. How do we put a modern audience into the mindset of medieval fundamentalists and make them understand and justify our character’s savagery.

I have an impression that your movie will often be compared to „Solomon Kane” in the nearest future. But I also feel that „Black Death” is much more „severe”, if you know what I mean. Have you already seen Mike Bassett’s movie? In your opinion do both movies have anything in common?

I haven’t seen „Solomon Kane” but from what I can see from the trailer it is a fantasy movie. „Black Death” comes from the stand point of what would this period really be like. I can’t speculate whether „Black Death” will be 'more' severe but I can promise you that „Black Death” is 'severe!” 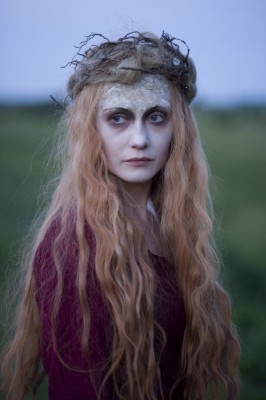 Sean Bean, Carice van Houten… seems like the perfect cast for me. Could you tell us about your cooperation with these great actors?

Sean and Carice are two of my favourite actors. I liked their work before I made the film but now I’ve had the privilege of working with them, I think cannot overstate what great actors they are. But this was the case with the cast as a whole. From the top down, we had a wonderful vibe on set and everyone was giving their all to create this mad and crazy world.

Thank you Chris for this interview.