Saving Grace – interview with Rhys Hayward, the director of „Grace and Danger”

We invite you to read the interview with Rhys Hayward, the director of upcoming WWII flick „Grace and Danger”.

WWII France. 7 Allied soldiers rescue a young woman from a village massacre, and promise to escort her to safety. When Nazi S.S. officers pick up their trail, the journey becomes a savage battle for survival – one that threatens to destroy their humanity.

Could you tell us about your pre-„Grace and Danger” activities?

I began my career working as a runner, whilst learning the craft of film-making in my spare time. When I began making films, I always wanted to graduate to making feature films – the longer format appeals to me, and offers greater scope to explore ideas in a way that’s not so easy to do in a short film. I grew up on a diet of Spielberg movies – „Jaws”, „Close Encounters of the Third Kind”. I enjoy watching comedies, but my passion is for more serious movies, like psychological thrillers or science-fiction / war – movies which take you on a journey, challenge your thoughts and perception of life. After making short films, I decided to try my hand at music video – I really like the visual power you can create with images in that context, and the freedom to experiment they allow you.

The meaning of „Danger” is obvious, but what is word „Grace” referring to in the title of your movie?

The word „Grace” in the title is about the chance / opportunity to do the right thing – to make amends for the past. The story involves some very flawed characters, and during their journey the soldiers are presented with opportunities to overcome their failings, and do something that is honorable – something that would mark a turning point and get them on the right path again. The „Danger” is that they have plenty of temptations to do the wrong thing, and give in to their darker side – sometimes it’s harder to do the right thing. A large part of the story is about the struggle the characters have with themselves – the way they deal with their inner conflicts.

Some time ago you made a short „Grace and Danger” promo. What was its purpose? Was it only made to attract potential sponsors?

The purpose of the „Grace and Danger” development trailer was really to attract production companies and also to generate interest from fans of the genre – it’s harder for indie movies to get noticed, so this kind of publicity really helps. If you just have a script, it’s a good start, but to have a trailer that gives you an idea of the mood and atmosphere of the movie takes you a step further, and provides something a little more tangible.

Which  WWII movies you could pick as a point of reference for „Grace and Danger”? Will your movie be sad & epic like „Saving Private Ryan”, dark & gloomy like „Straight into Darkness” or rather quiet & melancholic like „A Midnight Clear”? Or maybe you want to go in completely different direction?

In terms of story, I think there’s something for everyone in „Grace and Danger” – it’s quite an emotional journey, but there’s lighter moments of humour, and there’s the gritty action you would expect to find in a WWII movie. It has the right balance of light and dark – I don’t want to make a totally depressing movie! You have to keep an audience interested from start to finish – they have to be gripped by the story, and really care about the characters. It’s going to be an exhilarating ride for the audience – poignant moments, some very tense scenes, and real mixture of emotions. It’s a simple story, but goes off in unexpected directions. You could compare Elem Klimov’s „Come and See” with „Grace and Danger” in terms of the atmosphere of his film – and also „Days of Glory”, although I didn’t see Klimov’s movie until I’d finished the script. And it’s also difficult to write a WWII movie without be influenced to some degree by „Saving Private Ryan”! If you like that movie, then I’m sure you’ll enjoy „Grace and Danger”.

You gathered pretty interesting cast for „Grace and Danger”. Could you present in few words the characters? Kind of „who is who”? I’m especially interested in Tom Sizemore character – Tom proved (in „Saving Private Ryan” or „Black Hawk Down”) that he’s born to play in war movies.

I wrote the part of Sergeant Austin with Tom Sizemore in mind – several of the attached crew members had already worked with Tom on „Black Hawk Down”, and they suggested that I send the script to him. I wasn’t sure if I’d even get a reply, but his manager sent me a letter of intent that was signed by Tom, saying he was very much looking forward to working with me on the project.

Sergeant Austin: The Sergeant Austin character is a racist bigot. He’s very emotionally detached, and has lost touch with who he is – his journey is one of redemption.

Captain Nordgren: The captain is able to do his job, and is a tough, no-nonsense leader, but at the same time is still in touch with who he is – this is something the Austin character secretly resents.

Cifaretto: The perfect soldier and an expert marksman – the only one to befriend Private Felling.

Felling: An African-American soldier rescued by Nordgren’s men, who gets badly treated by Sergeant Austin and is treated like an outcast by most of the soldiers.

Tanner: An extremely tall soldier, who is completely arrogant and thinks he’s superior to everyone else – even the captain.

Carnaby: The most sensible of the soldiers, and probably the most trustworthy – always putting other people first before his own needs.

Sykes: A good soldier on a good day, but a dreamer who can’t get over his marriage breakdown.

Elodie: A young French woman, and the sole survivor of a Nazi SS massacre. 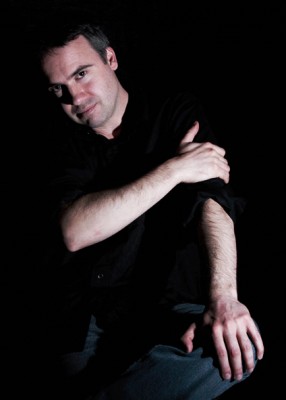 I’d like to ask you about the locations. Where the movie will you shoot?

We will shoot the movie in Ireland – lots of locations were considered, but this is where it’s going to take place.

Can you tell anything about approximate date of „Grace and Danger” premiere?

Thank you Rhys for this interview.