Although each Opium member has slightly different taste in movies, I won’t lie if I say that all of us appreciate sci-fi, not necessarily packed with CGI, loud and visually impressive, but sci-fi which tries to explore new ideas and concepts, stimulates our minds, asks questions about our species. We also realize how hard it is to write such movie without falling into pretentiousness or boredom – honestly, there aren’t many good films like that. The idea of „Another Earth” though is definitely intriguing and the infos which you can find in the interview with the director, Mike Cahill suggest that the movie is worth waiting. Who knows… perhaps this will be another of those small sci-fi gems which we all love so much?

Rhoda Williams, a bright young woman recently accepted into MIT’s astrophysics program, aspires to explore the cosmos. John Burroughs, a brilliant composer, has just reached the pinnacle of his profession, and is about to have a second child with his loving wife. On the eve of the discovery of a duplicate Earth, tragedy strikes, and the lives of these strangers become irrevocably intertwined. Estranged from the world and the selves they once knew, the two outsiders begin an unlikely love affair, which reawakens them to life. But when one of them is presented with the opportunity to travel to the other Earth and embrace an alternative reality, which new life will they choose?[sundance.org]

It’s a hybrid of the two. I’m a big fan of science fiction that serves the purpose of focusing in on an aspect of the human condition that may be difficult to show in other genres. The science fiction in this film is the discovery of a mirror Earth – everyone living here is also living there. This fantastical element provides the context for the drama and complex love story to unfold.

The idea of duplicate Earth sound pretty unusual. Can you tell us about how this whole concept was born?

I use the science fiction element of a duplicate earth as a method for metaphor. All of our relationships are interpersonal – our friends, enemies, lovers, siblings, acquaintances – except for one, the relationship with ourselves. This relationship is intra-personal – it exists in private monologues in our own heads. The duplicate earth allows the main character, Rhoda Williams, who carries with her a deep and lonely burden of guilt, the possibility of making the intra-personal become interpersonal. Rhoda can confront Rhoda. And in fact the concept is such that everyone in the world, all 6.5 billion of us, can confront us. The science fiction of the film creates a world where we can ask questions – what would you say to yourself if you met yourself? Would you judge him/her, would you like, hate, envy, despise, or forgive that person?

Could you tell few words about your inspirations and influences during making „Another Earth”. Any particular books, movies, philosophical or scientific theories?

Actually it’s interesting that this is a Polish film magazine, because one of my biggest influences is the Polish director Krzysztof Kieslowski. And although I love all of his films, the one that I probably drew the most inspiration from is La double vie de Veronique (1990). I’ve seen that film dozens of times on the small screen and a few years ago I saw that it was playing on the big screen at New York City’s Lincoln Center. I went to the theatre on my own and sat with a packed house of strangers, some on dates, others also alone, and I remember feeling this powerful connection in the room. The story of two women, who may or may not be linked souls, or doppelgangers, and the questions the film asks about free will versus chance all had such a profound affect on me. It’s a bizarre construct of the human experience that we are born alone, exist in our minds alone, and die alone – and Kieslowski’s film, and my film (in a more humble way), tries to create a fantasy where that “aloneness” is not the case. 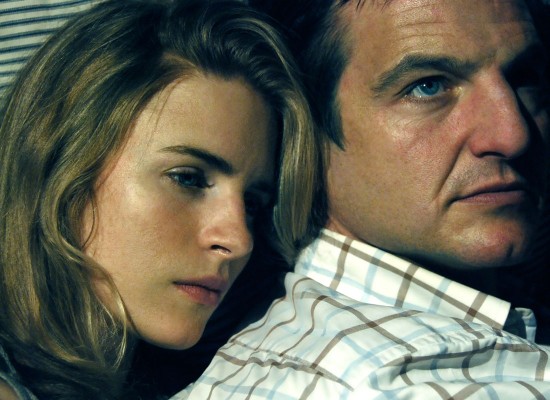 Is the movie more dialogue-oriented, or do you try to tell the story with images? I assume that „Another Earth” won’t be one of these action & CGI packed sci-fi flicks, will it?

It’s definitely not a CGI packed sci-fi flick. There are some visual fx so that the audience can connect with the concept of the duplicate earth, but it is no 100 million dollar flick with nuclear bombs blasting monsters in slick space ships.

I am really attracted to the idea of the “high concept,” and I also feel the “high concept” doesn’t have to only belong to Hollywood popcorn tentpoles. I wanted to merge a high concept with a point of view of characters who are outsiders. If you think about the moon landing – June 20, 1969 – the majority of the world stepped out on their front porches at night and looked up at the moon. It was impossible to see the craft land or Neil Armstrong walk on the moon, but it didn’t stop the average, everyday person from staring at this distant globe in the sky and imagining. Hollywood does the space ship landing, I do the people on their front porches. The imagination is a poor filmmaker’s best secret.

Is there any particular message you’d like to bring with „Another Earth”?

Not really a message as much as an emotion. And that emotion has something to do with an inner peace, but I don’t have the language skills to articulate it. I think film, and art in general (music, poetry, painting, installation) has the special ability to convey emotions – that is why it’s so powerful. It’s not didactic or bullet point lesson plan driven, it’s all about the transference of emotion. So, it’s my hope that you will feel something profound, something that connects us all, and yet not exactly be able to explain it in words.

What kind of audience would you like to attract with your movie?

The thinkers. And the drinkers. :)

Seems like I fit in both categories :) Thank you for the interview, Mike! 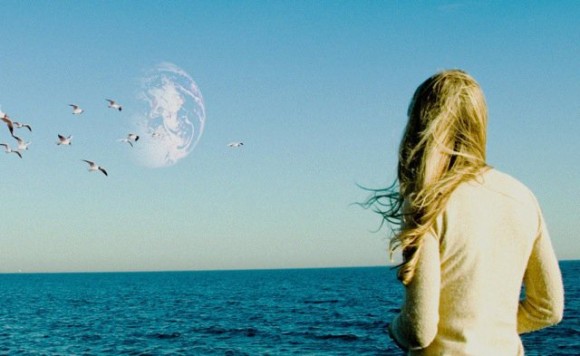