Love, paranoia and radio waves – Interview with Alex Stockman, the director of „Pulsar” 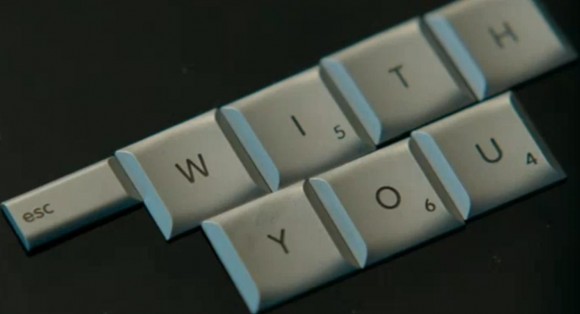 We invite you to read the interview with Alex Stockman, the director of „Pulsar” – the movie about love, paranoia and radio waves , as Alex describes it. You can also watch the trailer, which – at least for me – gives hope for something really interesting. „The Conversation” of XXI century? Who knows…

Samuel works in Brussels as a pharmaceutical delivery man. His gorgeous girlfriend Mireille heads off to New York to intern at a prestigious architecture firm. Shortly after her departure, Sam’s computer is hacked. A series of rather dodgy IT-guys fail to protect his wireless network. The mysterious hacker seems intent on screwing up Samuel’s life and his relationship with Mireille. Paranoia kicks in. Sam starts to suspect his neighbors and gets obsessed with WiFi-rays… Love, paranoia and two lovers separated by an ocean of communication devices.

How the idea of „Pulsar” was born?

On the internet I came accross a site selling a grey coloured Wifi-blocking paint. The slogan said Build your own electromagnetic fortress. In times where the world is being transformed in one a huge hotspot, I found that a pretty hilarious idea. It triggered my imagination and quickly let to the first draft of a screenplay, focusing on a guy who’s fighting an invisible enemy.

How would you describe  „Pulsar” in few words? Existential drama? Paranoidal thriller? Perhaps the combination of both?

Paranoidal thriller sounds not bad… I summarize it as a film about love, paranoia and radio waves.

Internet surely is helpful in contacting people on the other side of the ocean, but paradoxally it causes decline of „traditional” human relationships. I have an impression that „Pulsar” – at least partially – talks also about this. Am I right?

I get the feeling most of these communication devices tend to make us less patient and confident. A cell phone that’s switched off or an unanswered text message can suffice to make us feel offended or suspicious. It’s getting hard to keep the right distance. A true vacation is being offline, these days. I also get a little bit nostalgic towards the times when you couldn’t change appointments that easily. The film also talks about this weary, alienating feeling hi-tech technology can give you. Skyping or texting with someone you’d rather be holding in your arms or have a walk with won’t help you to shake of the blues, on the contrary.

There is also another aspect – Evolution of modern communication technologies gives us great freedom and provides many useful tools. But also, the fact that the Internet is so vast and omnipresent has it’s darker side: identity theft, cyberstalking etc. How come we don’t see  many of these aspects in recent movies? 'Pulsar' touches themes that are pretty unused.

I guess these themes do appear in cinema, but in a different, more spectacular context where hi-tech devices basically serve to keep the action going. Pulsar is a thriller, but it’s also a portrait of a young man who doesn’t know exactly what to do with his life yet, and who’s missing his girlfriend. It sets off as a simple, straight story, filmed without big effects. I took time to show how Sam is getting on with his life while his girlfriend is far away from him. That casual context enhances the impact of the cyberthreat coming Sam’s way. Together with editor Nico Leunen, we worked hard to find the right balance between the thriller aspect and the poetic comment that the film is making on the way we use these hi-tech communication devices or are being used by them.

Do you think that there is something highly mystical in modern technology? That we’re not that far from the moment when the machine finally will find its own soul?

It certainly feels as if technology has a will of its own. Computers, cellphones, social networks are contantly solliciting our attention, seducing us, introducing us to people and places, telling us it not time yet to go to sleep… We quickly get used to new technology, but still we sometimes wonder at who made it, since it’s of such an awesome  ingenuisity. A lot of people are lost and inconsciously looking for a new religion, so in the mean time they worship iGod. But I doubt smart technology will  enlighten us or make us better… I’m also pretty concerned about what we’re doing to nature in order to produce millions of devices which are ready for the dumb after three years of use.

Guy Van Nueten is a very skilled and experienced composer. We have to admit that we like the electronic ambient sounds like that which he creates. How did you team up?

From the beginning we decided that the music should oscillate between acoustic and electronic. It reflects the tension between nature and technology, which are two contrasting poles in the movie. Guy found the right melody lines and atmosphere pretty quickly. The first sketches conveyed a sense fear, nostalgia and wonder which fitted well with the images. But then we took our time to find the right sound. We used for instance an old Moog synthesizer, because it’s a machine that’s a bit unstable, and never feels like doing the same thing twice. Or a Lesley-amplifier, which gives the piano sound a kind of grainy look, so to speak. Since ‘Pulsar’ it’s a very sound driven film, the music had to leave sufficient of space for the direct set sounds and for the effects created by Senjan Janssen, such as the buzzing noise of a hard disk or the creaking of an appartment floor. Together with the dialogues, it all had to blend into one soundscape, a job our re-recording artist Mathieu Cox did wonderfully well.

Can you tell us about the feedback the movie received so far?

It was a very nice to feel how the movie really came alive, like flowers in a vase of water, as François Truffaut once put it. The more Samuel’s loses grip with reality, the more people spectators seem to cling on to him. I’m also glad that the humour came accross, since it’s a pretty dark movie.