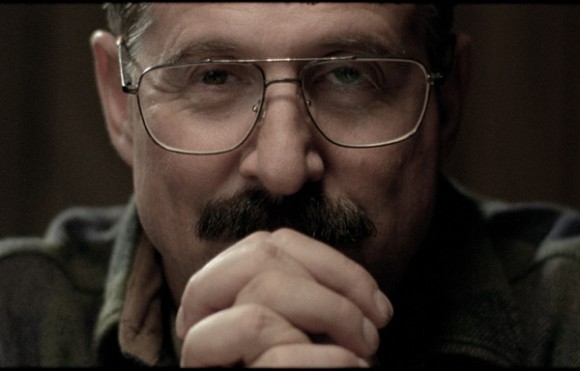 We invite you to read the interview with Ed Gass – Donnelly, the director of „Small Town Murder Songs” – modern gothic story about crime and redemption. Also trailer is somewhere down there.

A modern, gothic tale of crime and redemption about an aging police officer from a small Ontario Mennonite town who hides a violent past until a local murder upsets the calm of his newly reformed life.

Before SMALL TOWN MURDER SONGS you did some highly acclaimed shorts. And STMS is your second feature. Can you tell us about your previous activities? Are there any specific themes you like to talk about in your movies?

I have tended to lean towards darker material in the past. I think I have been very curious to discover the truth and humanity that drives people to commit drastic actions. My first feature film, THIS BEAUTIFUL CITY, was very much in that vein. I think the one constant in my work though has been the pursuit of honesty through performance, dedicating lot of time and resources towards sculpting authenticity through my cast. If a film doesn’t feel real–and even the most exaggerated fantasy should FEEL real to the one dreaming it–then I find it very difficult to commit myself to the journey.

The story of SMALL TOWN MURDER SONGS takes place in Menonnite community. That is intriguing, no doubts about that but why Mennonites? Did you have any specific reason that you chose them instead of for example Jehova’s Witnesses or The Amish?

I set the film in a very specific area of South Western Ontario where there is a very large Mennonite population, and two of my very close friends are Mennonites…so I had a personal connection. But the main reason was that Mennonites, like the Amish, are pacifists. The Amish, however, are far more secular and withdrawn from society, whereas most Mennonites are contemporary and progressive (though Old Order groups do exist and abide by a stricter set of theological rules). At the end of the day, what was most interesting for me was the question „What is it like for a man with a history of violence to try and redeem himself within a community of pacifists?”. That became the central question that shaped the narrative and the main character’s arc.

How important is the fact that the story takes place within this Mennonite community? Is this just a starting point for a interesting story about a murder, guilt and redemption? Or do you try to tell us something about these people, their traditions etc and this is as important as the intrigue itself?

I think I basically answered this with the previous answer. The film is really ABOUT the Mennonites, and in many ways it really isn’t about the murder either, it is about a man trying to change yet he is bound by his own impulses.

I don’t know if you’d agree with me, but the story, the location, the atmosphere, hell… even the title remind me of Nick Cave and the stories he tells in his songs. How would you refer to such comparision? Do you see any similarities?

I don’t actually know Nick Cave’s music (other than the song Red Right Hand) so unfortunately the comparison is lost on me. But when you see the film, I think the rock gospel score (performed by Bruce Peninsula) gives the film a very unique sound and atmosphere that defies comparison.

Peter Stormare is rather known for roles of psychopaths, bad guys etc. And here, at least in the trailer for the first glimpse of an eye, his role looks very subtle, yet I feel that his character is in some way emotionally unstable. Is there indeed such ambiguity in Walter? Could you tell us few words about this character?

I often intentionally cast actors against type, I think it brings conflict, texture, and humanity to the character. Walter is very much a man of few words, but he is also a powder keg. He tries to prove that he is a changed man but he continues to wrestle with his own animal impulses. That proves to be one of the main points of conflict of the film: is true change possible? Can we alter our impulses and instincts or just choose to resist them?

The movie has already been shown on few festivals. I’d like to know what was the feedback from the audience?

It was been doing quite well. We just won the FIPRESCI critic’s prize for Best Feature at the Torino Film Festival and Martha Plimpton just won Best Actress at the Whistler Film Festival here in Canada. We’re also launching a unique initiative where we are distributing the film across Canada in small towns BEFORE it opens in theatres in cities. The response to these screenings so far has been amazing. Audiences, especially those from rural communities, have really responded to the authentic portrayal of their world.

Do you already have an idea for another feature?

I actually have 8 movies in development at the moment and will be shooting two new films in 2011. I try to have a lot of projects on the burner simultaneously because you never know which project will be ready to move forward at what time.