One hundred days without the light – an interview with Conor Horgan, the director of „One Hundred Mornings” 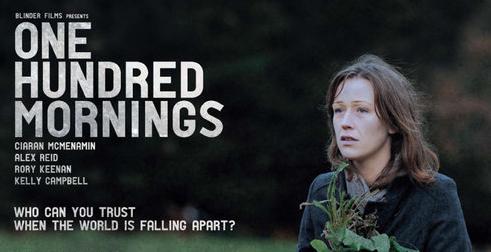 We don’t inform often about movies from Green Island, but this time we have to do an exception. We invite you to read an interview with Conor Horgan, the director of „One Hundred Mornings”.

„Two couples hide out in a remote holiday home, trying to escape the consequences of a breakdown of society. Their relationships deteriorate as supplies grow scarce and they face increasing threats from hungry outsiders. In order to increase their chances of survival, they each have to make choices they never imagined would confront them.”

I’d like to ask you about the genesis of whole ONE HUNDRED MORNINGS project. What’s the source of OHM idea? How old is the script?

I read a lot about how societies tend to collapse over the last few years ( I went to a talk in late 2005 given by Margaret Atwood, during which she recommended „A Short Hisory Of Progress” by Ronald Wright, a very good book on the subject indeed). I wrote one script inspired by this research, which didn’t work out. Then in early 2007 the Irish Film Board started the „Catalyst” scheme, where three filmmakers got a chance to make a low-budget feature. I wrote the first
draft of the script very quickly, in four and a half months, and then out of 48 scripts submitted we were one of the three awarded the funding.

I don’t know why, but when I think about your debut, I automatically start to think about Peckinpah STRAW DOGS. Does these movies have anything in common or is it just my imagination?

I haven’t seen it!  I also haven’t read „The Road” which several people say has a similar take on things. There isn’t so much violence in OHM as I think there is in STRAW DOGS. The conflict in the house in understated and it was very important to me that all the violence has consequences. It wasn’t movie violence that had no lasting psychological effect on the participants. 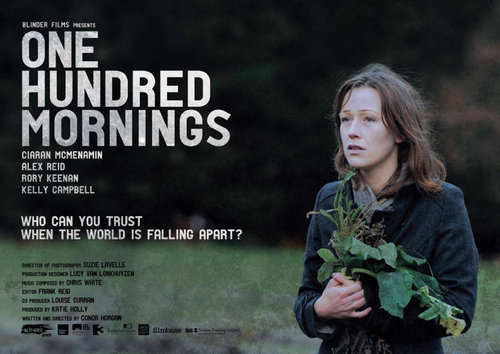 We never say what the breakdown is in the movie. It’s obvious that there’s no power/electricity. I think it is an existential drama, definitely.

These few words of synopsis foreshadow rather pessimistic movie. Does it have any reflection with your personal philosophy of life and worldview?

Someone once told me that you should write about what scares you. Since I’ve finished the movie, paradoxically I feel less scared about this possible outcome, even though it is probably even more likely to happen than when I first wrote the script. It’s hard to believe that we aren’t  rushing headlong towards some kind of breakdown, there are no signs of our societies slowing down, taking stock and become insustainable. The film has a pessimistic tone, undoubtedly, but in a way the making of the film is in itself an act of hope.

ONE HUNDRED MORNINGS is your full-length debut, but you also did a couple of short films. Could you tell us few words about them?

I made a 12 minute short about a middle-aged woman going out looking to get laid, which did very well. I even got a small prize for it from the legendary Andrzej Wajda at the Krakow Short Film Festival in 2003. I also made two half-hour experimental shorts, one about Happiness, and a recent one about Fear. I also made a documentary about an Irish artist working in Papua New Guinea, and will be making one about Irish portrait artists later this year.

You’re not only director, but also a photographer and a journalist. Could you present your non-movie activities?

There are examples of my other work on my site, www.conorhorgan.com, but I am primarily a filmmaker.

Your movie already had its premiere a couple of days ago. Do you already have any feedback from people who saw it? What did they say?

It was very well received, thankfully. We’ve had two reviews so far: The Irish Times review and the blogger review. 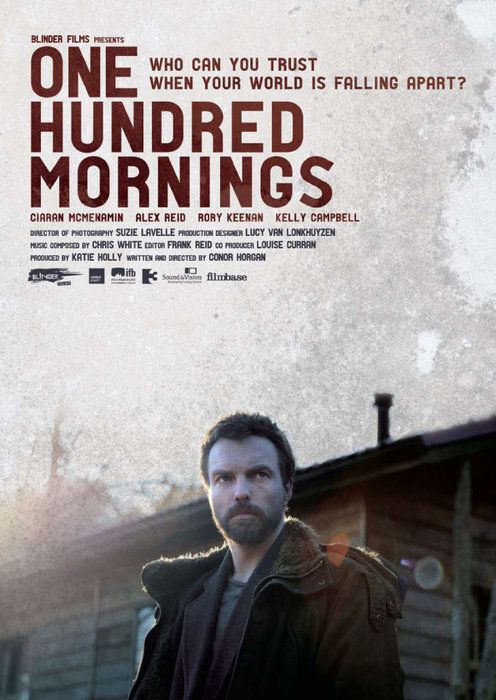