Three is company – interview with Carl Tibbetts, the director of „Retreat” 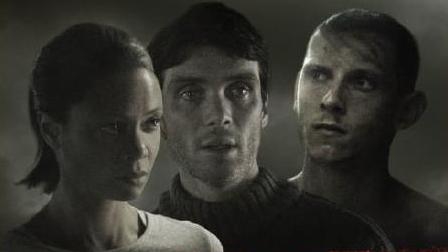 We invite you to read the interview with Carl Tibbetts, the director of „Retreat”, psychological drama with apocalyptic taste, with Cillian Murphy, Thandie Newton and Jamie Bell in main (and only) roles.

In a last-ditch attempt to save their faltering marriage, a professional couple Martin & Kate Badenoch (Cillian Murphy & Thandie Newton) retreat to a beautiful, yet remote and unpopulated island of Dinnish, (U.K.). A place where they once shared a romantic holiday – an island that holds fond memories of happier times.

It is Autumn. The rocky, barren moors are blown by freezing winds, and the generator and radio communication in the couple’s cottage are failing. Relationships are already tense, and anxieties are pushed higher when they lose all contact with the mainland, and find themselves inexplicably stranded and cut off.

After a huge storm, a stranger is washed up on the shore. He has frightening news of cataclysmic events happening in the world outside. But who is this volatile, charismatic American dressed in uniform and carrying a gun. Is he telling the truth? Slowly, the couple become unwitting players in a ménage-a-trois.

In a series of tense twists the captive couple uses all their ingenuity to outwit the stranger and unravel the ‘truth’. But is the truth what they really want to hear? Loyalties divide and merge, paranoia runs high and conflicts bubble to the surface resulting in a violent and shocking conclusion.[quietearth.us]

RETREAT is your absolute debut as a director and as a writer. I’d like to ask you about your activities before this movie adventure?

I worked in post production, mainly as an editor. Before that I did a fine art degree and taught myself editing while cutting my own work. Then I moved to London and worked as an editor.

Could you tell us about origin of RETREAT idea? Where did you find the inspirations for such a story?

I wasn’t formally trained, I didn’t go to film school so I didn’t have a short as a calling card. I tried getting shorts going in London but it’s a long process and you are not guaranteed to get the funding. So I thought I would write a low budget achievable feature film. RETREAT is influenced by Polanski and Nic Roeg, Haneke and Peckinpah.

While searching infos about RETREAT I found opinions here and there such as „Oh, it will be something 28 Days/Weeks like…” Are such opinions and expectations valid?

I always like to ask this question to young or newcoming directors: How did you convince such stars as Cillian Murphy, Thandie Newton and Jamie Bell to take part in your movie? Because I don’t think it was about the money…:)

No it wasn’t the draw of the money on offer, it was as simple as the script, the actors responded to the material and that’s it. They liked it enough to want to take 4 weeks out and do it.

Did you write the script already having in mind specific actors? Something like „Oh yes, Cillian would be great Martin Badenoch, I’ll write this especially for him”? Or first there was the script and then searching for the cast?

No I didn’t have any actors in mind when I wrote the characters. I didn’t think I had that sort of luxury when I started this 4 years ago. I did know that I didn’t want to cast any of characters in a way that was obvious – especially Jack. 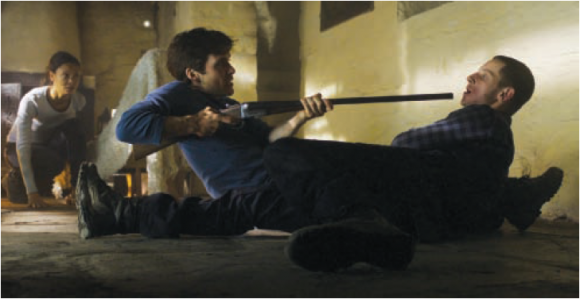 I wonder how did your cooperation with such well known people look like for you as for the debutant. Didn’t they try for example to use their position in movie industry to force their ideas, try to „direct” the movie on their own?

They all gave 100%, on such a small film as RETREAT they didn’t have to, but I felt they cared passionately about their characters and the overall film. They are all great talents and watching them work was a privilege and I enjoyed every day.

It seems (at least after reading the synopsis) that Jamie Bell will play kind of tough guy (possibly pretty 'badass’ one). Personally I can’t imagine him in such role – actually I don’t find him very convincing when he carries a gun. DEFIANCE, DEATHWATCH, DEAR WENDY… I like these movies (except for DEFIANCE), but although I respect Jamie as an actor, I don’t think he was the brightest element of mentioned productions.  Why did you decide to chose exactly him for this role?

In your opinion, ahat is the source and reason of more and more increasing popularity of apocalyptic/postapocalyptic movies in XXI century?

There’s a much longer answer to this question than this one – but to me, it’s the knowledge (and perfectly rational fear) of being part of a cold indifferent universe that will end the joyride for all us at some point and it won’t care when it does.

And last question: will we see Cillian in woman’s clothes in RETREAT?:) It’s becoming his trademark.