Welcome to Dunderland valley – Interview with Nils J. Nesse, the co-director of „Dunderland” 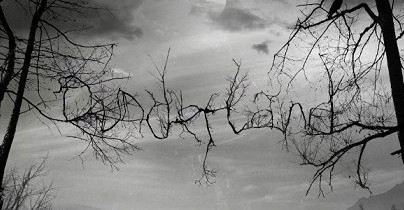 For me it’s a very good news that Scandinavian folks are doing another horror movie, because I’ve always found this combination of their inborn restraint and their skills in creating disturbing atmosphere (not only in movies, also in literature, music, art) very interesting and inspiring. We invite you to read an interview with Nils J. Nesse, the co-director of upcoming Norwegian horror „Dunderland” and to watch second official trailer, this time with English subtitles.

How did you guys teamed up? Was the decision of doing the movie together a long-term process or rather an impulse, sudden idea after drinking few beers: „Hey, let’s make a horror together!”?

Finn-Erik and I met in 1997, when I was in high school, and he came in to my film class as a kind of consultant, and directed a short film with the class. He basically wanted to get free equipment and crew for his own project, and that’s how he got it. The film (8th Day of the Week) was not a success, but Finn-Erik and I got along well, and felt we had a good creative collaboration, and we’ve worked together since then.

We’ve made about 20 short films together, learning as we went along, and after about 15 of them we’d figured out some filmatic skills, and some of our films were even accepted at festivals. People started to notice our work. But of course, like most short film makers, what we really wanted was to make a feature film.

Leading up to Dunderland, the main actress Miriam Prestøy Lie is an important part of the story. We’d made a short film with her (Rejected) in 2006, and she was great, and we wanted to work with her more. She doesn’t want to be an actess, she is a stage director and playwright, but I had an idea that if I wrote an interesting part for her, she’d probably accept.

And I ran into her one day in Bergen in 2008, when she was in town with a theatre troop. They’d received a grant to come and lock themselves in a room and develop a play for one week. And then go back home. I was fascinated by this scenario, how would their creative process play out, and I thought, „I should write a film about that”.

Then, a few weeks later, Finn-Erik and I had watched Dead Snow at the local cinema. And as you guessed, we were having a few beers. We were talking about how we wanted to make a horror film that was NOT like these recent Norwegian horror film. Something more serious, something more script-driven, something not rooted in recent trends but in those classic horror films that we love so much. Like Kubrick’s The Shining, like Polanski’s Rosemary’s Baby, like Zulawski’s Possession.

So I suggested the idea about the theatre troop, which doesn’t immediately sound like a very exciting horror film. But it does have the classic premise of a group of people trapped in a cabin in the woods. We talked about, what it needs is a great location. And Finn-Erik remembered this scout camp he’d been at when he was a kid in Northern Norway. So the next day, when we were sober and it still sounded like a good idea, we booked plane tickets to Finn-Erik’s home town Mo i Rana, a small city by the artic circle, to try and find that old scout camp. And we did, and it was a perfect horror film location. This was in December 2008.

So I started writing, and he started looking into the financing part, and in January 2011 we started shooting.

Is it difficult to be co-director, when you have to share the visions and ideas with the partner? Did you fight often during making „Dunderland” or was it rather smooth process where the ideas of one of you were always accepted unconditionally by the other one?

We’ve directed together for 15 years, and that’s how we learned filmmaking, so we’ve developed a system that works well for both of us, most of the time. But of course we are separate individuals, and quite unlike in some ways, and our film tastes differ.

As Dunderland was and is our biggest project yet, and more important in a way than all those short films, with more at stake, there has admittedly been more discussion and some fights along the way. No broken ribs though. And I think that was good for the work, and our differing perspectives add something to the film.

I’d like to ask you about the origin of 'Dunderland” script. Is it completely fictional story or have any references to actual events?

When we first visited the location in 2008, the old scout camp in the Dunderland valley (yes, it’s a real place), there was an old woman there. A keeper of the premises of some sort. And she started telling us stories about all these strange, dark, terrible things that had happened there, throughout the years.

So we immediately knew that’s how we’d build the script. „Inspired by true events”.

How would you describe the atmosphere of the movie? What kind of trick are you using to scare the audience?

Our main reference for this movie was The Shining. It’s my favorite horror film, and it has a fantastic atmosphere. It builds rather slowly, then all those striking, horrific images, and it’s not afraid to go all out. That’s how we wanted to do it. 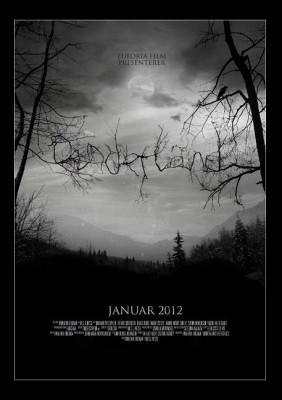 Does „Dunderland” have any deeper message for the audience or did you guys just want to tell us good & scary story?

On one level, Dunderland is about the difficulties of being a creative person, and trying to do that for a living. Creativity sometimes comes from a dark place, and that’s not always pleasant. The creative chaos, that’s what I initially wanted to write about.

But there are other levels, we’ve tried to make a film that makes you think. And I hope that comes through in the final product.

Tell us about your favourite movies and directors. Did they have any influence on you during making 'Dunderland’?

I’ve already talked about The Shining, and that was established early on as our main „cinematic reference” for Dunderland. We asked ourselves, „What would Kubrick do?”.

I’ve always loved horror films more than I should, and I rewatched a lot of old favorites while writing Dunderland. And I made a „to see” list of interesting films, interesting directors, worked my way through that. I watched a lot of Italian giallos, all the Argentos I hadn’t seen and Bava and all of that. To see what I could use. Mario Bava’s The Girl Who Knew Too Much was probably my favorite „discovery” from these sessions. But I don’t think the giallo influence is very apparent in the finished film, that was mostly lost along the way, through the drafts.

I watched a Russian adaptation of Agatha Christie’s Ten Little Indians that was very inspiring. And also the great American version from 1945, And Then There Were None, by René Clair. But that whole „whodunnit” aspect also disappeared from my story, along the way.

Another big influence that DID make it to the final film was Carl Th. Dreyer’s Day of Wrath, which is an adaptation of the play Anne Pedersdotter (set in my hometown Bergen). That has a very specific part in the plot of Dunderland.

A few days ago I screened my film to some actors and artists I know, and one of them described the experience as „like a Kieslowski film, but with sporadic drips of Dead Snow.” I took that as a huge compliment.

Are you planning also international distribution of 'Dunderland’?

Yes. We’ve been very conscious on that in the writing process, locations and so on, considering the „international potential”. And there has been some inquiries from international distributors, but nothing is settled yet.

So what’s the condition of Norwegian horror these days? I know 'Rovdyr” and „Fritt Vilt”, but are there any other new movies or
directors I should pay attention on?

The significant works of horror in Norwegian cinema are De dødes tjern/The Lake of the Damned (1958) by Kåre Bergstrøm and Naboer/Next Door (2005) by Pål Sletaune.

Another important director is Pål Øie, whose film Villmark/Dark Woods (2003) marked the beginning of the new wave of Norwegian horror. His follow-up Skjult/Hidden (2009) is also a very solid piece of work.

Among upcoming films, Aleksander Nordaas’ Thale looks very promising. There’s a lot of great people involved, so I’m really looking forward to seeing that. I know Nordaas also has some other very interesting projects in the works.

I think Norwegian horror is in an exciting place now, but we also need to mature. More attention should be put on the writing.

Will you direct another movie together again or rather try to take separate paths and work on your own?

Finn-Erik and I both have our own, separate projects in the works, as well as collaborative projects. I’m working on 4 different screenplays, all in the early stages. One of them in the horror genre. And I know Finn-Erik is working on a screenplay with one of the actors from Dunderland, that has gone through some drafts now. Which of these projects actually enter production first, no one knows. But I feel confident you will see further collaborations from us!

Thank you for the interview and good luck with „Dunderland”!