A Man or an Alien? – Interview with Clay Liford, director of „Earthling”

Lately we quite often complain about the condition of today’s American sci-fi cinema. It seems that the only hope lies in independent filmmakers. We are happy to present an interview with one of them, Clay Liford – the director of upcoming 'Earthling’.

After reading a brief synopsis of 'Earthling’ I realized that although the movie is for sure worth waiting, I really don’t know what to expect. I assume there won’t be much action, sex and violence…:) I feel it will be more 'dialogue-oriented’ production in the vein of 'The Man from Earth’ for example. Am I right or wrong?

I guess I could easily shoot myself in the foot here, but yes, it’s certainly not an action-oriented film. I often say it’s sci-fi minus what I call the „3 R’s”…Rockets, Robots and Rayguns. That being said, it does have a fair degree of violence (hopefully to service the plot) and sexual situations (some of which should raise more than a few eyebrows). But, in the end, it’s a film about ideas. What does it mean to be human? Is it strictly biology, or is it something more fundamental? It feels a bit pretentious writing this, but you asked, so I guess I gotta lay it on the line.

Will 'Earthling’ be a kind of 'escape-from-reality’ sci-fi movie or will you use this genre to say something universal, some truth about life or something?

I guess I answered this one in my previous statement, but yeah, it’s certainly not an escapist film. I really tried to make something that was about people. Whether or not their biology is human is of no consequence. It’s about what they’re going through. Specifically, the film centers around one woman’s struggle with some heavy information dumped on her shoulders. It’s so much her film, that I contemplated calling the film simply 'Judith’, after her character.

I think it’s really lazy to make sci-fi films just about the tech. It’s not a budgetary thing either. If I could afford mounds of ships and explosions, I still think I’d zero in on the characters. I just don’t really care too much about the other stuff. 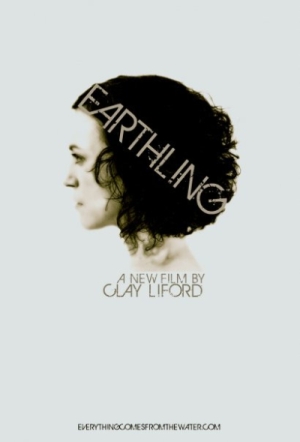 Could you present yourself as a filmmaker? I know you made a couple of short movies on a range of various subjects. From Albert Camus adaptation to… well, to smoking weed. Could you tell us few words about them?

Well, this is my second feature, technically speaking, as a director. I work most often as a Director of Photography. I’ve done tons of genre films in the past, and a few „art house” films that I’m very proud of. I guess 'Earthling’ was my attempt to merge my sensibilities. As a director, I’ve done mostly comedies, but I’ve dabbled some in horror as well.

Oddly, my last short film, 'My Mom Smokes Weed’, was the best primer for what I attempted to do with 'Earthling’. MMSW was first and foremost a comedy, however it was steeped in real-life situations, stuff that actually happened to me and my mother, so it has an ounce of pathos in there amongst the jokes. It’s those tiny moments of reality, these little frank asides, that made me feel ready to take on something more dramatic than I’m usually used to.

What’s your opinion on today’s sci-fi cinema? Would you agree with the theory that in the mainstream this genre died a long time ago, and if we want to find something interesting we have to look among independent productions, in Europe or in Asia?

I think today’s sci-fi cinema has sort of lost the game. Now that we have the technology to visualize anything we can imagine, that’s of course taken priority over the ideas themselves. You need look no further than the „reboot” of Star Trek to see what I’m talking about. I mean, the film looks amazing, but in my opinion, it’s not Star Trek. It’s just a generic action space-opera with somewhat familiar characters and designs.

I tend to gravitate to sci-fi that often wouldn’t label itself as sci-fi. 'Eternal Sunshine of the Spotless Mind’ is sci-fi, even though I’m sure the producers and distributor would be horrified to hear it called that. I mean it’s total Phillip K Dick. Grounded in reality, with a sci-fi contrivance to push the story places it could never go without it. That’s well-used sci-fi, to me. It’s just a tool. Like many other art movements, from cubism to surrealism. It’s just a means to an end. Every story should be about people. That’s what I care about, and I think that’s what most people care about. Sci-fi, horror and fantastical cinema just allow certain contrivances into the frame to allow the filmmaker to tweak an idea to its utmost extreme. It’s about, to some degree, seeing how people react to situations in a truly hypothetical universe.

Tell me about your movie fascinations, favourite filmmakers etc. What or who inspires you the most as a filmmaker?

This question would take me a very long time to answer, and would become incredibly boring to sit through. I can, however, tell you about some of my influences for 'Earthling’. On the obvious end of the spectrum, there’s Nick Roeg. Specifically, 'The Man Who Fell to Earth’. Roeg is extremely experimental, and his editing is where it shows the most. Cutting in and out of incomplete thoughts. Forcing the audience to put the pieces together. I really admire this style of cutting and inter-cutting. There are some amazing moments in TMWFTE, where montage is used in sequences not really intended to be traditional montages. Conversations cut out literally in the middle of words. Beginnings and endings of scenes are lopped off, willy nilly. I love it. And, of course, just taking alien characters and making them HUMAN. Frailty is a difficult thing for American filmmakers to depict, for some reason. It’s a certain letting down of one’s guard. People make mistakes. They’re not always sympathetic. We don’t live in a Bob McKee screenwriting seminar. I strongly feel that a protagonist need only be interesting for us to go along with him or her. Our „hero” doesn’t need to always be heroic. We certainly aren’t. I defy the notion that we go to the cinema to see an idealized version of ourselves, or what we’d like to be. That’s the difference between escapism and confrontation. I go in for confrontation.

The less obvious influence on the film is one particular Cassavettes film. 'The Killing of a Chinese Bookie’. I single this film out because it’s most definitely a genre film. A gangster film, but not shot or conducted in the manner one would normally expect from the genre. It’s about one man. The plot itself is barely there. The Chinese Bookie is himself the Macguffin. It’s about the breakdown of one man and the way he deals with it. It’s about the reality of his world. And on top of that, it’s shot in the most amazing verite style. It looks like a Cassavettes film. I showed some of my key cast and crew this movie before we shot. It feels a bit like a brother-in-arms to my own project. Although, I’d be lucky if 'Earthling’ is even one iota as magnificent. 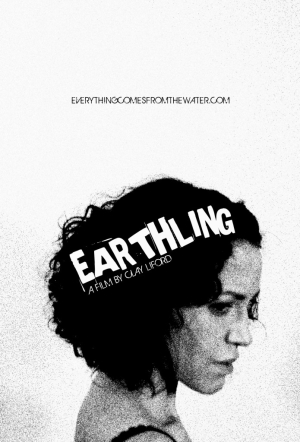 Could you tell us more about Welltailored Films’ activities?

Well Tailored Films is simply the structure I operate under as an independent filmmaker. It’s the production company of record for pretty much every film I’ve made post-college. It’s also the name of my blog, where I try to keep up a log of what’s going on in my own personal film universe. You can check it out at www.welltailoredfilms.blogspot.com.

I’ve been fortunate to see many good films already this year. Many at various film festivals. One of the ones I keep missing at fests, but will finally see next week, is 'Moon’. It looks pretty amazing. The sets made me drool from the trailer alone!

I also just saw 'Anvil: The Story of Anvil’, the most amazing documentary on an 80’s Canadian metal band that outlived their fifteen minutes of fame, and now thirty-some-odd years later, are still trying to break back in. It’s 'Spinal Tap’, if 'Spinal Tap’ was legitimately a doc. It’s fresh on my mind, and it’s sort of blocking out other films of note.

Oh, and I can’t wait to see 'The Road’. Loved the director’s previous film, 'The Proposition’, and loved the novel, so fingers crossed, it should be amazing.